Javascript on your browser is not enabled. Manik Taneja – Moving Waters Film Festival 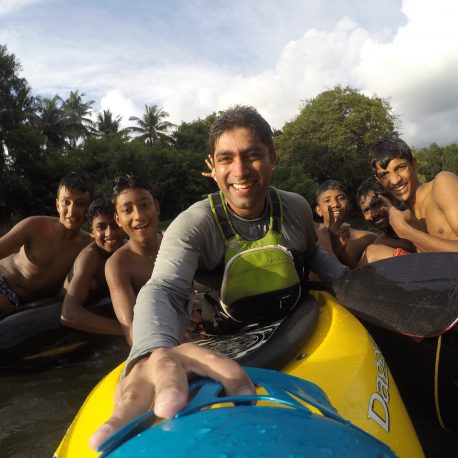 Manik Taneja: is a Whitewater kayak instructor based out of Bangalore. A software engineer by profession he has found his passion when he discovered whitewater kayaking seven years ago while on a rafting expedition on the Ganga. Since then he has actively pursued the sport and along the way founded South India’s only whitewater school
Goodwave Adventures along with an online equipment shop: www.madrasfuntools.com and helped create Asia’s largest whitewater festival, the Malabar River Festival.

He has inspired many like minded people to take up the sport and as a result, Bangalore can boast of having the largest number of recreational whitewater kayakers compared to any of the other cities in India.