Javascript on your browser is not enabled. Anand Kamalakar – Moving Waters Film Festival 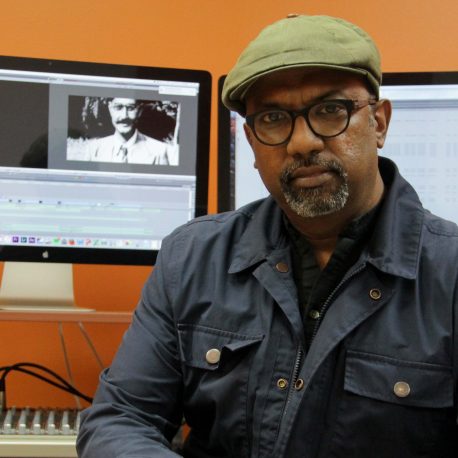 Anand Kamalakar is a Brooklyn based film director, producer and editor. The Gowanus Canal (Winner, Best Film, Brooklyn Film Festival), Chief Engineer Conrad, Citizen Sharma, Building Bridges, 300 Miles to Freedom, Garwin and Salam are some of the films he has directed.

Heart of Stone a film he recently produced and edited won over ten awards including Best Film at Slamdance Film Festival, Philadelphia Film Festival and Cinequest Film Festival. It also won an award for Best Editing at the Santa Fe Film Festival. Anand has worked as an editor for Primetime (ABC), Dateline (NBC) and 20/20(ABC) and was the editor of the 2004 Emmy nominated ABC special on the Iraq war titled Brothers in Arms. Anand was also a creative consultant on the academy award-winning documentary Born Into Brothels. He edited the feature documentary film David Bromberg/Unsung Treasure, which was televised on PBS across the US.

His last film Garwin, premiered at the Mumbai International Film Festival and was broadcasted across Australia and the Middle East.

In 2016 he produced and edited a film on the river Ganges titled Holy (Un)Holy River, which won awards at the Banff, Torello and Mauii Film Festivals.

His latest film Salam, soon to be released this year, is about the complex life of renowned Nobel Prize winning physicist Abdus Salam.

Apart from making films and listening and playing the Blues, Anand writes a blog on the state of the world we live in titled “It is what it is”.