Javascript on your browser is not enabled. Dipani Sutaria – Moving Waters Film Festival 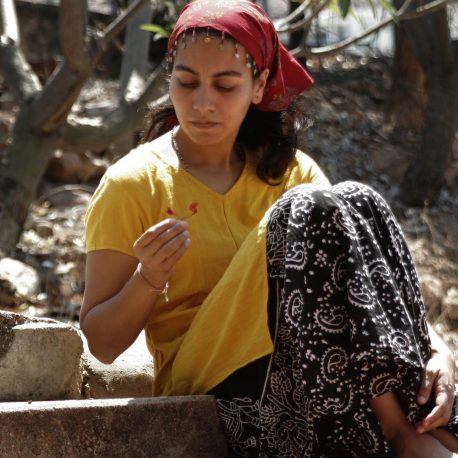 Dipani Sutaria is an ecologist with a special interest in animal behaviour. She is based in Ahmedabad, India and is affiliated to James Cook University, Australia, from where she completed her PhD on Irrawaddy dolphins in Chilika Lagoon in eastern India. She is also ​ a member of the IUCN Cetacean Specialist Group. She works with in-between researchers, those wishing to explore options before moving on to a PhD. ​

She has spent most of her recent years involved in marine mammal and elasmobranch research in India. ​

In the urban setting, Dipani is studying water bodies, river ecologies and water consumption in Ahmedabad district and is part of Leher-The Water Initiative​. ​

At heart, she is a mountain person, and when she is not on the water, she is either rewilding with native trees or caring for her large family of non-human creatures

An introduction to the world of whales, the cultural roles of whales in human lives; and how humans perceive, alter and conserve this mostly invisible marine fauna.

Title: Sonic Sea and the scope of acoustic research in India

Here, we shall discuss the content of the film with the audience – what the audience felt was good or what was missing in the film. We later discuss the scope of making such a film in India; and carrying out bioacoustics research on marine mammals in India as a means of knowledge collection and conservation management.