Javascript on your browser is not enabled. John Kurien – Moving Waters Film Festival 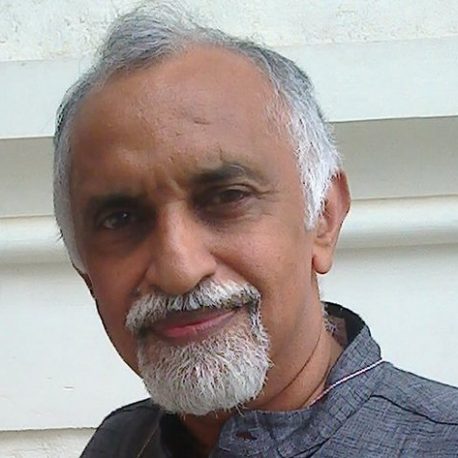 John Kurien has learned and unlearned a lot from working closely with small-scale marine and inland fishing communities around the world for over four decades. John started his work by helping fishworkers in Kerala, India to organise a marketing cooperative and gradually helped to set up a federation. Using his contacts with activists and fishers around the world, he took the initiative to organise the first international conference of fishworkers and their supporters in Rome in 1984. One outcome of this venture was the  creation of the International Collective in Support of Fishworkers (ICSF) which is a global network of activists who work with small-scale fisher communities. The ICSF has produced several award winning documentaries which portray the relationships between the resources of the seas and the life and occupational struggles of fishing communities. John has been involved with inland fishing communities in Cambodia for over a decade helping to consolidate the aquarian reforms initiated in that country. He also lived in Aceh, Indonesia for four years negotiating fisheries co-management initiatives in the post-tsunami coastal communities. There he was instrumental in producing a Bollywood-style documentary titled – Peujroh Laot – which focused on how to rejuvenate the customary conflict resolution practices of one of the world’s oldest fisher organisations. The film received a special mention at the 2nd international “Pecheurs du Monde” (Fishers of the World) Film Festival held in Lorient, France in 2010.  John retired as Professor at the Centre for Development Studies, Trivandrum, India. Currently he is Visiting Professor at the Azim Premji University where he offers an elective course on Coastal Zone Ecology and Livelihoods.