Javascript on your browser is not enabled. Samad Kottur – Moving Waters Film Festival 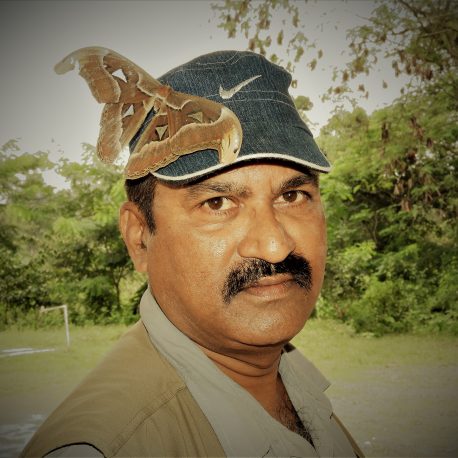 Samad Kottur is a conservationist who has worked extensively both in the semi-arid landscapes of central Karnataka as well as along his beloved river Tungabhadra. Over field work spanning many decades, he has worked towards conserving the Great Indian Bustards, sloth bears and smooth-coated otters. He is also a prolific writer, regularly writing in local media as well as books that he has authored. Samad was instrumental in setting up the Tungabhadra Otter Conservation Reserve, which is the country’s first reserve that recognizes smooth-coated otters as priority for conservation. He is also the recipient of numerous awards in recognition of his conservation work.

Talk Synopsis: Efforts to save the Tungabhadra River and its biodiversity

The Tungabhadra flowing through the ancient landscape of central Karnataka will be the subject of my talk. Originating in the Western Ghats and flowing through semi-arid landscapes before joining the Krishna in erstwhile Andhra Pradesh, the Tungabhadra is nothing short of a life-line to a population of more than a crore. The river that formed the cradle of the the Vijayanagara empire is now nothing but an over-exploited resource – dammed, diverted, polluted and mined. Samad’s work here has helped declare a 35 km stretch downstream of the TB dam as the country’s only otter reserve, called the Tungabhadra Otter Conservation Reserve which is home to the highly persecuted smooth-coated otters, mugger crocodiles and at least three species of endangered softshell turtles. Samad is currently documenting the river and various challenges (threats) that it faces, starting at the source in the Western Ghats till its confluence with the Krishna near Kurnool, in Telangana.