Javascript on your browser is not enabled. Shekar Dattatri – Moving Waters Film Festival 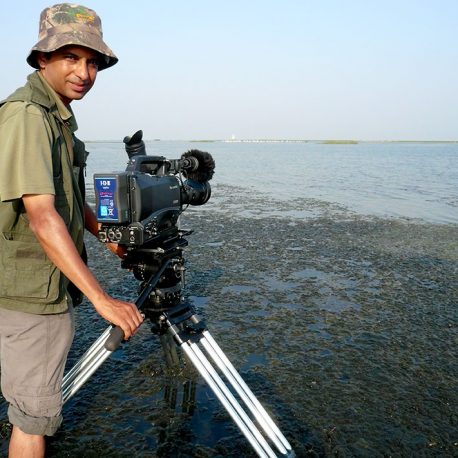 Shekar Dattatri is one of the pioneers of wildlife and conservation filmmaking in India. His films have won four National Awards and numerous international awards, and many of them have been broadcast on international television channels around the world. He is also the recipient of a Rolex Award for Enterprise and an Edberg Award for his conservation filmmaking. He has officiated on the final juries of prestigious international wildlife film festivals, including Wildscreen in the UK and the Japan Wildlife Film Festival, and has served as a Member of the National Board for Wildlife as well as the State Board for Wildlife, Tamil Nadu. He is the co-founder of Conservation India, an online portal for conservation awareness and action. More information on his work can be found at www.shekardattatri.com