Javascript on your browser is not enabled. Naveen Namboothri – Moving Waters Film Festival 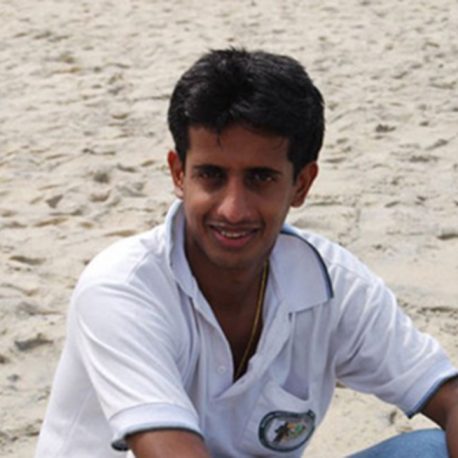 Naveen is a marine biologist by training and his Ph.D. focused on the coral reef invertebrates of the Great Nicobar Islands. Later, in 2007, he helped establish a long-term turtle monitoring initiative in the Andaman and Nicobar Islands that continues monitoring the leatherback turtles of the Little Andaman Island. He is currently Director of Dakshin Foundation, a not for profit organisation that aims at developing equitable solutions to India’s coastal and marine conservation challenges. He helps oversee the biodiversity and resource monitoring programme at Dakshin that aims at developing participatory tools for engaging fishing communities in managing marine resources. He is also passionate about bridging the growing disconnect between nature and people and involved in a variety of environmental education initiatives.

Talk title: Confronting the coral reef crisis – the need for a sea of change
Vardhan Patankar and Naveen Namboothri

The year 2016 was disastrous for coral reefs across the tropics. It was no different in the Andaman Islands. Within a few weeks of the El Niño, which raised sea surface temperatures globally, we witnessed the pale face of death that threatened to wipe out the thriving and productive reefs of the Andaman Islands. By the end of the summer of 2016, bleaching surveys were complete and to our dismay most of the reefs were dead. Disappointed, we returned to the mainland to report the extent of bleaching and hoped that the reefs will recover. In 2017 post-monsoon, unlike other locations across the world, most sites showed a remarkable recovery.

In this talk, we will try and share our experiences from the field and explain the devastating effects of climate change induced large-scale bleaching events as witnessed first hand by us and how the reefs have been responding to such events. We hope this will set the context for the award-winning movie—Chasing the Corals and facilitate an interesting round of thought-provoking discussions.